For decades, a large collection of books, documents and magazines from older times laid in the cellars of pharmaSuisse in Bern. Although some researchers were able to consult them, the collection was not catalogued and was not accessible to a wider public. So for some time it had been the wish of the Swiss Society for the History of Pharmacy to find a solution to make all this accessible to the scientific world and to give the library a higher status. The idea of a foundation, supported by pharmaSuisse and the Swiss Society for the History of Pharmacy, was realized.

The foundation "Historical Library of Swiss Pharmacy" was established on 25 November 2008. The first Board of Trustees was made up of the two presidents of the founding societies, Dominique Jordan and Prof. François Ledermann, who played a key role in the launch of the library. The first president was Dr. Andreas Schmid. The purpose of the foundation is to preserve pharmaceutical works such as books and journals of various provenance, to communicate their great importance for research and to make them available to the public for studies. 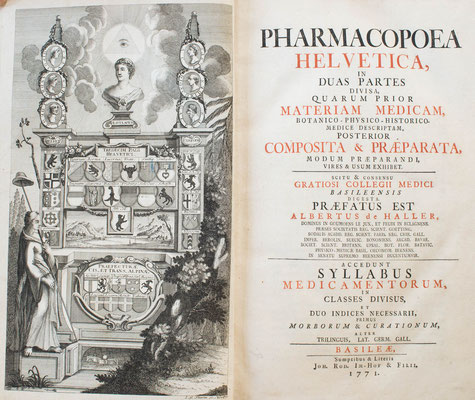